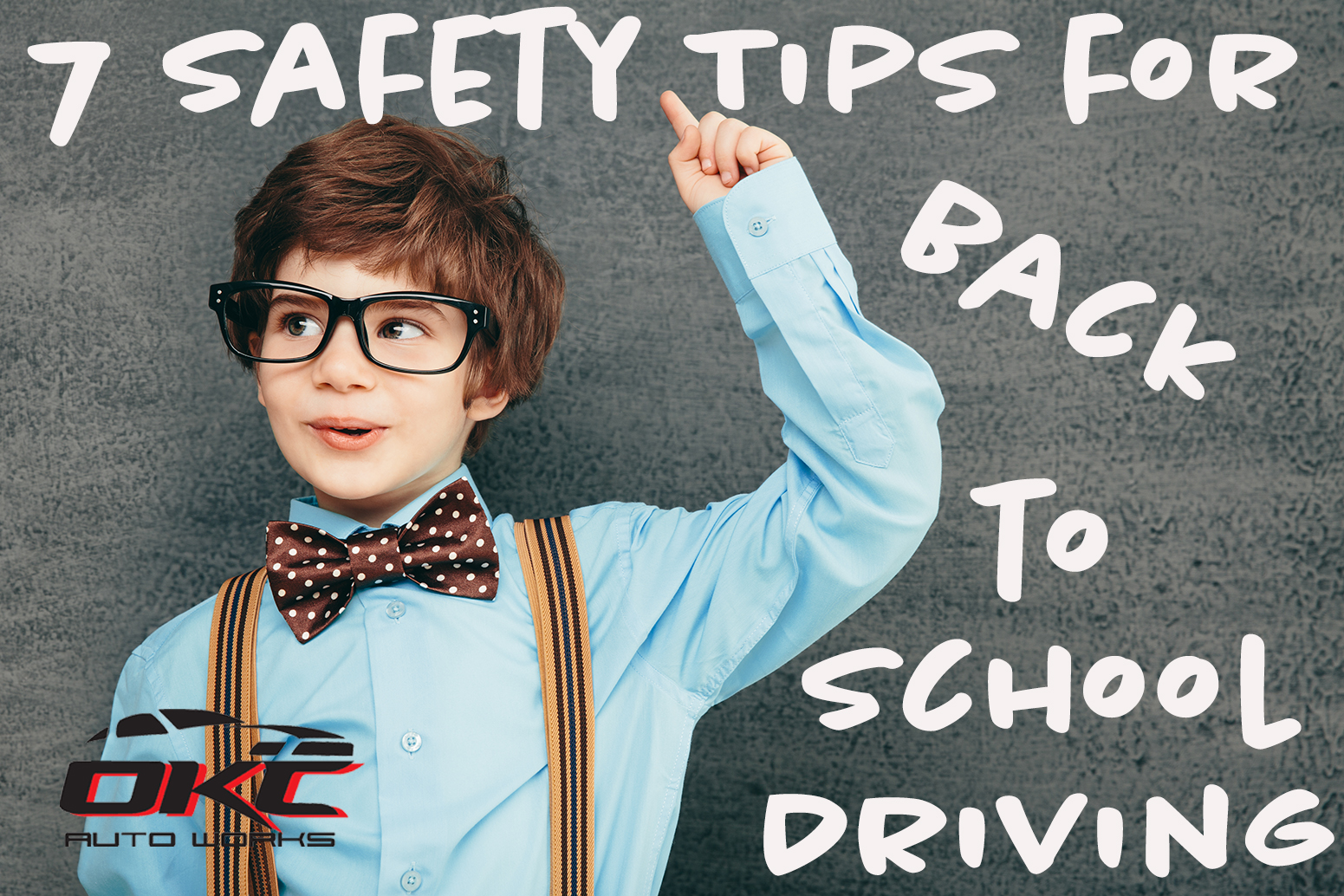 As we enter the last days of summer, the excitement of fall begins to fill our thoughts. Cooler weather, football, and back to school. This week marks the beginning of school for some districts like Moore, while others will be starting in the coming weeks. This year is a bit different, of course, as we now have Covid-19 added to the mix. For some this means schooling at home, but for others, school will be as it always was only with masks. Whether or not you have children going back to school this year, one thing will certainly affect all of us is the added traffic on the roads in the mornings before school and afternoons as school lets out. With many children walking or riding their bikes to school, as well as buses back on the roads, OKC Auto Works would like to remind drivers to be especially alert during before and after school hours.

In an effort to bring awareness to some important safety considerations now that school is back in session, here are 7 safety tips for back-to-school driving:

There is a reason that speed limits in school zones are reduced – speed kills. A child walking to school that is his by a driver going 25 mph is two-thirds less likely to be killed than if the driver was going 35 mph. That 10-mph increase makes that big of an impact on the potential outcome. Additionally, we tend to be more alert and able to stop faster when we are driving slower.

It should come as no surprise that children are not always paying attention to where they are going or what is going on around them. This can be especially true with children on bikes. To add to their often lack of attention, children on bicycles tend to be inexperienced, unsteady, and most certainly unpredictable. For these reasons, you should slow down when driving, allowing at least three feet of distance between a bicyclist and your vehicle. Watch for children to pop out between parked cars.  Additionally, If your child rides a bicycle to school, it isn’t a bad idea to require him or her to wear a helmet.

Every car has blind spots. For this reason, you need to rely on more than just your backup and camera and mirrors before reversing out of a parking spot or your driveway. Visually check for children on the sidewalk, in or around your driveway, and around your vehicle before backing up.  Teach your children not to play near or around parked vehicles for their safety.

This means allowing 3 car links between your vehicle and the bus if you are following behind one. When the bus turns on its warning blinkers, which indicates it is slowing down and likely going to be making a stop, slow down and be prepared to stop. DO NOT go around a school bus, or pass it coming from the opposite direction, while it is stopped letting children off or on the bus. One, doing such is illegal, but most importantly you want to stop and be patient so that the children who are getting on and off the bus (many of whom will be crossing the road) can do so safely.

Taking your eyes off the road for even a few seconds doubles your chances of being in an auto accident. Children are quick and can emerge suddenly from in-between parked cars or cross the road unexpectedly. By reducing speeds and keeping your eyes focused on the road (rather than on your cell phone or other means of distraction), you increase the safety of everyone else on the road.

Make sure you go over all these safety measures with your teen driver as a refresher. Since auto accidents are the leading cause of death for teens, with one in 4 fatal car crashes involving a teen driver occurring during the after-school hours of 3pm to 7pm, it is imperative that teens be extra vigilant when they are driving. Remind them that it is better to be patient than to jump out in front of a vehicle that they “think they can beat”.

While is not an exhaustive list of things to consider, it is a good summary of important items. As you drive to and from work, remember to give yourself extra time (especially on the first day of school) so that you can be prepared for the extra traffic that you may encounter. Be patient as children and frazzled parents try to get back into a normal school routine. Let’s all do out part to make going back to school as easy-peasy and accident-free as possible. 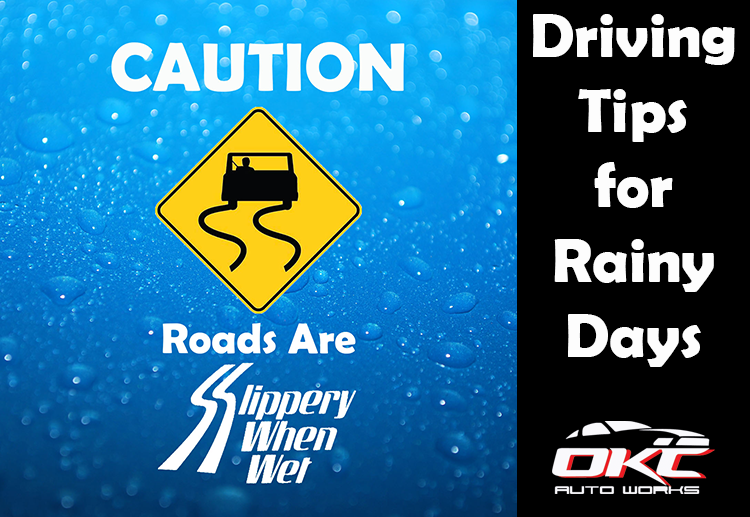 Caution! Roads are Slippery When Wet