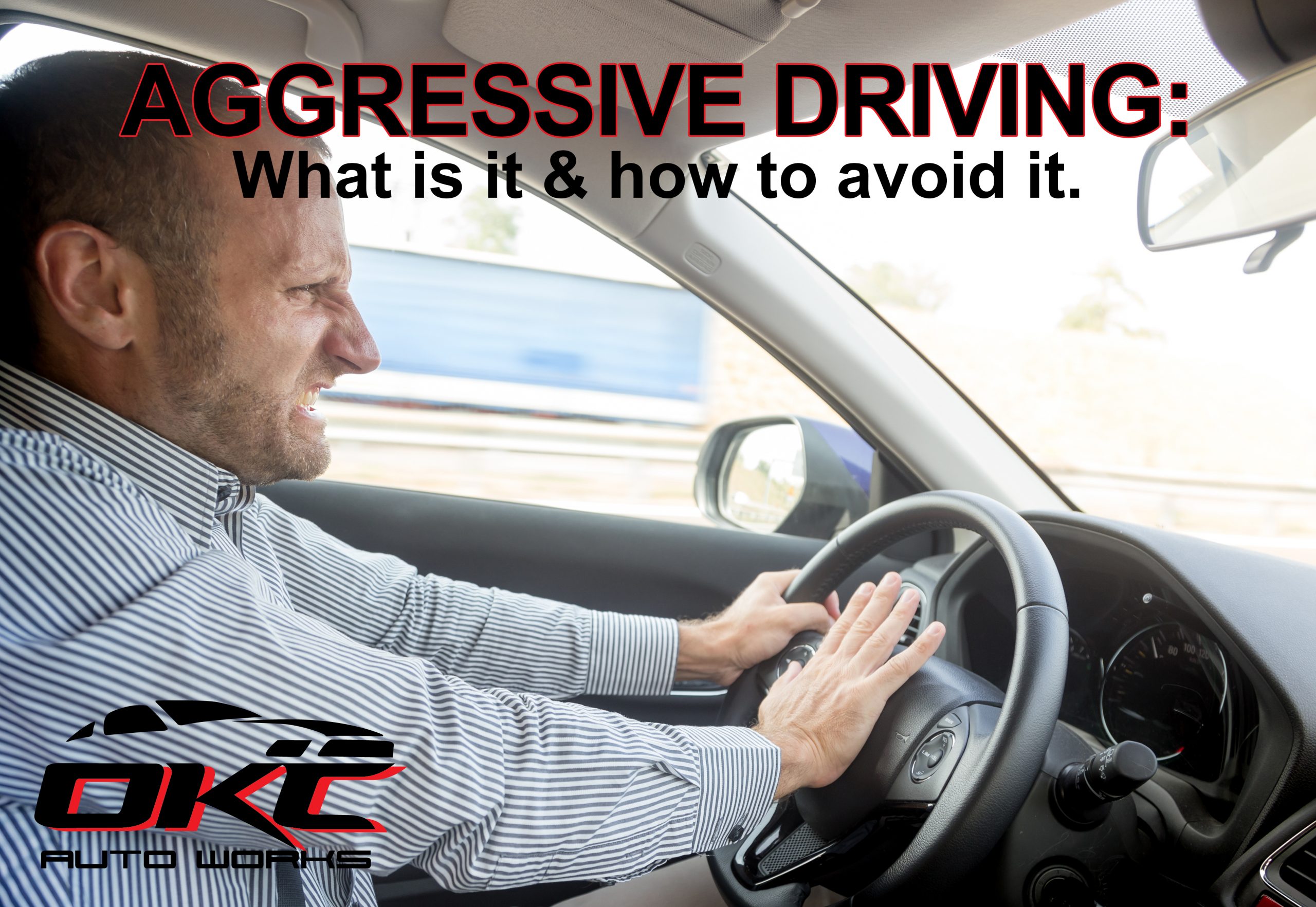 If your vehicle sustained auto body damages within the last 9 months and you attempted to get into a shop for a repair, you no doubt know that the shops are full. Getting your vehicle in for estimates and repairs is taking longer and the turnaround time on those repairs is generally longer, too. We discussed many of the reasons why this is in our past article entitled “Why is it taking so long to get into a shop for a repair?” While the article mentions an uptick in accidents, it did not mention that there is an increase in aggressive driving helping to fuel the surge in wrecks. A recent study by the National Highway Traffic Safety Administration (NHTSA) found that there was an 18.4% in fatal car accidents from the year prior in the first half of 2021.

The AAA Foundation for Traffic Safety says aggressive driving actually accounts for more than half of all traffic fatalities in the U.S. Their road rage survey study found that 57 million drivers switched lanes quickly or very close behind another car. Additionally, 71 million drivers reported making rude gestures or honking at another driver, while 106 million drivers also admitted to driving more than 15 mph over the speed limit.

What Does Aggressive Driving (AKA Road Rage) Look Like:

Here are some useful tips to help you slow down, calm down, and stay safe even with aggressive drivers on the road per DefensiveDriving.org:

Avoid tailgating. Don’t cut off other vehicles. Slow down. Don’t antagonize other drivers by erratic braking, purposely bright lighting cars, weaving in and out of lanes, blocking passing, yelling at other vehicles, or giving ugly hand gestures. In other words, play nice on the roadways and share the road responsibly.

Slow down and let the aggressive driver go around you. This is likely the easiest way to deal with the situation.

3. Get away from aggressive drivers.

When you spot a driver that is exhibiting aggressive behaviors, put distance between you and them. Maybe that means slowing down so they can go around you or perhaps it looks like changing lanes. In some extreme situations, it may mean taking an exit or turning off the road and getting back on your path once you no longer see the vehicle.

4. Don’t make rude gestures or yell at other drivers.

It isn’t your job to admonish people for their wrongdoings or to tell other drivers they are doing a bad job of driving. Check yourself and stay calm so that you do not escalate it. Additionally, avoid making eye contact with the agitator.

Horns on vehicles were primarily designed to be used in vehicles for emergency situations. Laying on the horn can be considered an act of aggression, especially to a driver that is already agitated. If the horn must be used, tap it lightly as a means of getting a driver’s attention. At stoplights, practice patience when the light turns green and give the drivers ahead of you a few extra seconds of grace before choosing to tap the horn as a gentle reminder to move forward through the intersection.

Driving down the road is not a competitive sport, and you should not take to the road as though you are race car driver. Driving is simply meant to get you from point A to point B. Arriving at your destination is the goal and the reward for safe driving, not arriving first or arriving in “record time”.  Don’t let the habits of another driver cause you to get into some competitive driving situation or in the mode of teaching them a lesson. Your safety and others safety is more important than teaching a driving lesson to another driver.

While some states have an actual hotline to call and report aggressive drivers, here in Oklahoma we have *55. By calling *55 on your cellphone you will be connected to a Highway Patrol dispatcher. Let the authorities know about the aggressive driver’s behavior, tag number, and location. It is far better that you leave it to the authorities to handle the situation.

8. Apologize when you make a driving mistake.

Obviously, this doesn’t require that you pull over and have a conversation, but if you accidentally cut someone off in traffic, brake too fast, or make some other mistake that could potentially offend and agitate another driver give them an apologetic wave. While this may not help diffuse the situation before it escalates into a road rage scenario, it does help to disarm and calm most drivers.

If you are angry, upset, or drowsy avoid driving if possible.

Give other drivers on the road the benefit of the doubt. Most mistakes are unintentional and not meant as a personal offense. Responding with aggression isn’t worth the potential for injury or death.

11. Give yourself more driving time.

Give yourself plenty of time to get to your destination. Understand that you will be driving in traffic and adjust your time accordingly so that you are not compelled to speed or drive more recklessly in order to arrive at your destination on time.

Even when you do all you can to avoid being under attack by an aggressive driver, it is possible that you will be unable to escape it. In this situation, call 911 immediately. Consider driving to the nearest police station, gas station, or other public location where people are. Do not drive home.

Oklahoma law enforcement officers are cracking down on reckless driving behaviors. Note, too, that if someone in killed in an auto accident that involved aggressive driving, the law allows for a manslaughter charge in response – a felony. Don’t let one bad day on the road frustrate you to make a decision that can ruin the rest of your life or cause you jail time. While it seems that Covid-19 has left many folks angry and aggressive (at least behind the wheel), for the sake of safety for oneself and others on the road, we owe it to everyone to share the road calmly and responsibly. As the saying goes, “check yourself, before you wreck yourself”. Of course, if you do find yourself in an unfortunate auto accident, regardless of the reason and circumstance, OKC Auto Works is here to help. (405) 634-8200